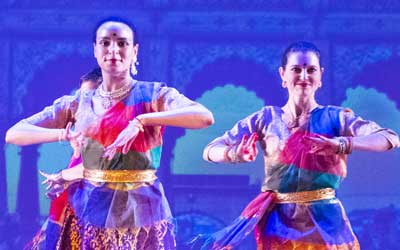 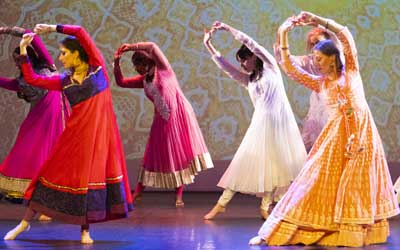 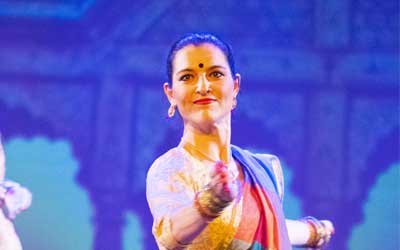 Kathak 2nd and the 3rd year 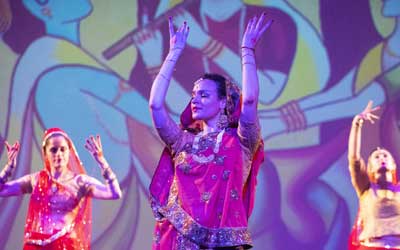 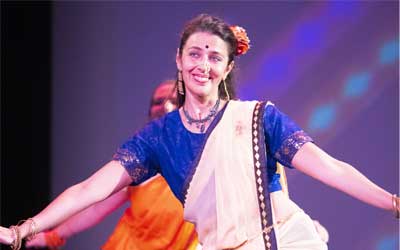 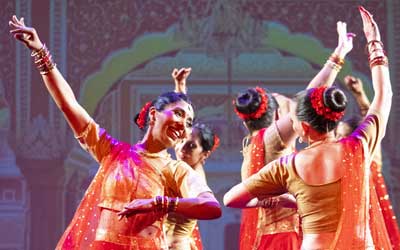 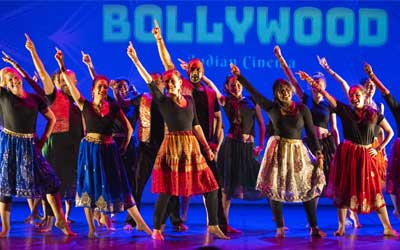 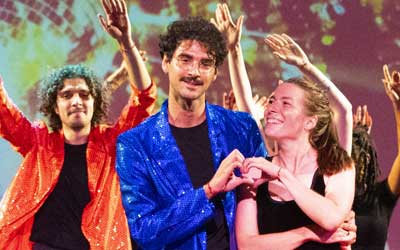 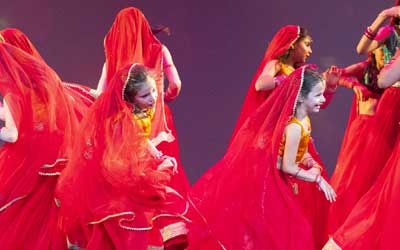 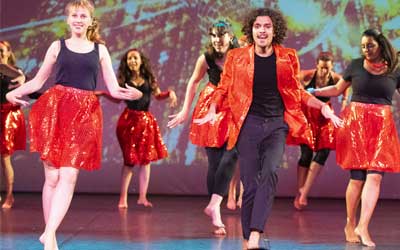 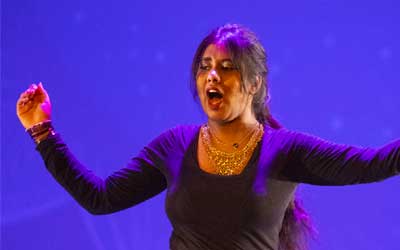 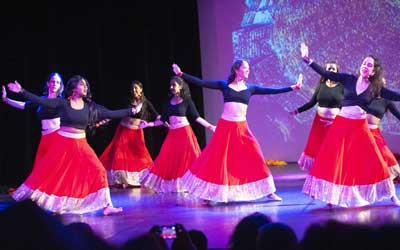 The dates for our upcoming workshops will be announced here. Check this page regularly to get all the information about upcoming events. 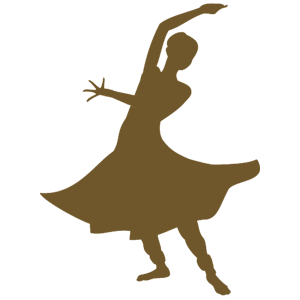 The word “kathak” translates as “storyteller” and originates from the word “katha”, which means “story”. This art was born in North India when a number of communities of storytellers who used to delight their audience with mythological tales, legends and folkatles, started to introduce music, mime and dance into their performances. One of these communities was that of the Kathaks, who were both dancers and musicians. As time passed and the cult of Vishnu grew increasingly more popular, hymns, lyrical compositions and sacred songs dedicated to this god were produced. Krishna (the reincarnation of Vishnu), the god who inspired the art of Kathak, is very often associated with the attribute named “Natvara”, the divine dancer. Dancers often choose to perform episodes – to be found in the Gita Govinda in particular – that narrate the love of Krishna and the lovely shepherdess, Radha.

The sovereign of the Moghul and Hindu courts introduced kathak in their courts, which induced a number of changes in the dance style. Indeed the originally purely devotional dance became a form of entertainment, developed new elements and gave an increasingly greater part to technical virtuosity and dance alone.

Kathak is often said to have inspired flamenco, as it is believed that gypsies from the Thar Desert brought this art with them when they travelled across Asia and Europe and as far as Spain.

Nowadays, the technique of Kathak is characterised by a complex language involving frappés (tatkar), quick rhythmical footwork articulated on a cycle of beats, fast spins (bhramaris), an expressional lexicon (abhinaya), and hand gestures (mudras). With a great emphasis being laid on rhythm, the dance is constructed on rhythmical words (bols), which are accompanied by music played on the tabla or the pakhawaj and recited by the dancer before he or she performs them through frappés that are brought out by the 200 bells he or she wears around his/her ankles. The performance, therefore, is a virtuoso dialogue between the percussionist and the dancer.

There are three schools, or gharanas, of Kakhak (Jaipur, Lucknow, and Benares) where the art developped and the techniques became fixed as the interpretative and rhythmical aspects of the dance were taken to a very high level of refinement. 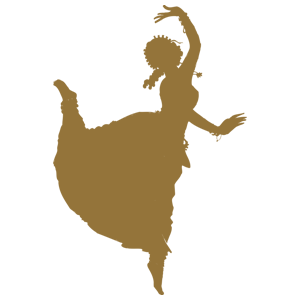 Bollywood - the contraction of “Hollywood” and “Bombay” - is the name given in India to the Hindi-language film industry. The international hits produced by Bollywood give the audience the opportunity to enjoy the dynamic blend of dancing and singing.

The choreographic style created in those films is a blend of classical Indian dances (mostly Bharatanatyam and Kathak) and of more contemporary dances (salsa, modern jazz, hip hop or belly dance).

1How are classes typically organised?

The class typically begins with a warm-up followed by stretching. Students then work on learning a choreography over several weeks.

2Can I participate in a free trial class?

We do not offer a free trial class. However, if you are not sure whether you want to commit yourself, you can take a class and pay for this class only.

3Is it possible to use the same card in several classes?

4How long is my subscription card valid?

5Can I give my card to a friend if I can’t finish it or can I let someone use lessons from my card?

No, the 10, 20 or 60 class card is nominative and can only be used by the person for whom it was issued.

6Can I use my card next year?

The 10, 20 or 60 cards are only valid during the current school year. Classes that have not been used by the end of the school year in June cannot be used the following school year.

7Is it possible to join a class during the year, whether it is Bollywood or kathak?

Is it possible to join a class during the year, whether it is Bollywood or kathak? Yes, you can join the class of your choice during the year but if you can, it is better to start the course in September to get the most out of the class. For Bollywood classes, you can join the class even if the students have already started learning a choreography . As for kathak classes, they follow a specific technical programme for which continuous learning is preferable.

8Do we learn the same choreographies in every class?

No, each class is dedicated to learning one particular choreography. Each group learns 2 to 3 choreographies per year.

9What should I wear to class?

The choice of clothing depends on each person, the important thing being to wear comfortable clothes that allow you to move freely. For example, you can wear a tunic and leggings.

10Is there a show at the end of the year?

Yes, each school year ends with a show that gathers the whole school.